A man who has campaigned for disability rights after beating the odds to recover from a late diagnosis of HIV has been shortlisted for the UK’s largest diversity awards.

Roland Chesters, from Surbiton, has fought off competition from a record number of nearly 30,000 entrants – to be named as one of just 124 nominees in the 2019 National Diversity Awards.

Roland, who works as a disability development consultant at Luminate, said: “It is an amazing honour to be shortlisted for such a prestigious award.  I’m very grateful to everyone who took the time to vote for me.”

Roland, 59, was given just two weeks to live at the time of his diagnosis. He suffered long term effects on his brain and motor skills because the virus was picked up at a late stage.

But he has overcome chronic ill health, post traumatic disorder and discrimination to help bring about greater disability rights in the workplace.

Roland, who has been shortlisted for the Positive Role Model Award for Disability through a combined public vote and judging panel, is tackling the stigma surrounding HIV and AIDS.

He has spoken out at events and in the press, as well as sharing his experience in his book, Ripples from the Edge of Life.

The event, whose supporters include Graham Norton, Stephen Fry and Sir Lenny Henry CBE, honours those who have worked tirelessly to combat injustice and discrimination.

Roland is among a host of activists and campaigners, including a reformed gangster and junior bake off star, to be recognised for their work.

Paul Sesay, founder and CEO of the National Diversity Awards, said a record number of nominations and votes were received this year.

He said: “I know our judging panel had an incredibly difficult task of whittling down the nominees to create an outstanding shortlist.

“So many heartfelt testimonies really showcased how these people and organisations are having a profound impact on the lives of others, and I applaud them for their dedication to each specific cause.”

Roland helps employers in various industries to create an inclusive workforce and for their employees to develop confidence in their role.

The Royal Holloway University of London graduate supports a number of charities and community projects, such as the Terrence Higgins’ Trust (THT) Positive Voices, where he speaks about HIV at schools, colleges and workplaces in order to tackle existing stereotypes.

Roland said: “I have personally faced discrimination because of my HIV diagnosis and those who ‘come out’ face the very real threat of ostracism and verbal and physical attacks.

“Amongst others, I have worked with a man who was beaten up and sexually assaulted by his own family when he shared his status with them. I have also supported a mum-of-two who was excluded and attacked by members of her own community.

“It’s time we end the stigma and fear surrounding HIV and AIDS. I want to speak out for those who may be more vulnerable – letting people know ‘this is who I am and because I am on effective medication I cannot pass on the infection’.” 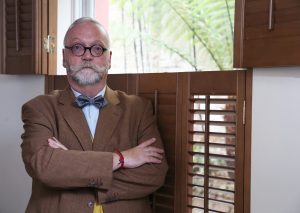 Simone Howard, a senior volunteer coordinator at THT, has praised Roland for sharing his story with young people and adults. She said it has helped to ‘reduce stigma and discrimination faced everyday by people living with HIV’.

Roland, who was diagnosed with HIV in 2006, has volunteered as a mentor with Positively UK, a charity which offers peer-led support.

He has also sat on a number of boards, including the National Long Term Survivors Group (NLTSG), which supports HIV Positive people, the London AIDS Memorial Campaign and Disability Rights UK – where at the time he was the only gay, disabled person on the board.

Roland will attend an award ceremony at the Liverpool Anglican Cathedral on Friday, September 20, where winners in various categories will be announced. 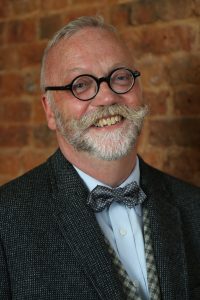 Actress and comedian Sally Phillips will take centre as the official host of this year’s ceremony.

She said: “I am delighted to be hosting the 2019 National Diversity Awards. Acknowledging and celebrating the hard work and stand out achievements of role models and community groups throughout the UK is a genuine honour for me.”

HSBC, Direct Line Group & MI5 have recently been announced as sponsors of the pioneering awards that have paid tribute to over 700 grass root charities and diversity champions since its inception.

A spokesperson for MI5 said: “It is MI5’s mission to keep the country safe, and it’s vital that we represent the diverse society we seek to protect.”

To view a full list of nominees please visit ww.nationaldiversityawards.co.uk/shortlist